Posted in
In this blog, AONTAS CEO Niamh O'Reilly documents the outcomes of our work in numbers to showcase the volume of our work, but it is important to note our work has had a significant impact on much broader aims.

As we end the year where we celebrated our half-century, over the course of 2019 we aimed to emerge as a strengthened organisation, deepening our grassroots focus, responding to members as the authentic voice of adult learning whilst maintaining an unwavering commitment to the values from which the organisation emerged in 1969. Over the course of 2019, AONTAS strived to deliver excellence for our members so that we can collectively work towards a more equitable system of lifelong learning. Highlights of the year include the incredible Lifelong Learning Summit in November, launching our new Strategic Plan, reaching over 1000 learners in the National FET Learner Forum and authoritatively advocating for community education.

This blog documents the outcomes of our work in numbers to showcase the volume of our work, but it is important to note our work has had a significant impact on much broader aims such as:

I wish to thank the AONTAS Board for its support and vision; the brilliant, dynamic and committed AONTAS team; our endlessly knowledgeable and supportive members; our primary funders SOLAS and the Department of Education and Skills; and especially every adult learner for whom the delivery of this work is inspired by.

The AONTAS STAR Awards had four sponsors, four award categories, 9 winners, one expert judging panel, with a ceremony of 170 people, featuring one keynote speaker, previous winners and one great musician making it an incredibly memorable event that celebrates amazing adult learning projects across the island of Ireland.

AONTAS launched our new Strategic Plan (2019-2022) at our AGM, which was attended by 70 people. At the AGM, we also voted in new AONTAS Board members, had a discussion panel of seven adult learning experts marking the 50 years of AONTAS, and featured a presentation and discussion session with Andrew Brownlee (CEO, SOLAS) regarding the new FET Strategy.

AONTAS held its first hugely successful Lifelong Learning Summit with 240 participants and 25 speakers coming from across Ireland and Europe. At the event, we launched a new network, The Network for Adult Learning Across Borders (NALAB), for adult learning across Ireland, N. Ireland, England, Scotland and Wales. The Summit also included one learner panel, an international keynote speaker, a discussion panel with adult learning experts, four parallel sessions, one learner sharing their poem, another learner performing original songs, a speech from the Secretary General of the Department of Education and Skills and a wonderful presentation of upcycled owls from Roscommon Women’s Network.

The Voice of Adult Learners

In 2019, for the National FET Learner Forum we held one national event and 13 regional meetings with ETBs from: Cavan and Monaghan; City of Dublin; Cork; Donegal; Dublin and Dún Laoghaire; Galway and Roscommon; Kildare and Wicklow; Laois and Offaly; Limerick and Clare; Longford and Westmeath; Louth and Meath; Mayo, Sligo, and Leitrim; and Tipperary. This involved facilitated discussion with 1001 learners coming from 14 different FET programmes sharing their views on FET. The 108 hours of recorded learner discussions were then transcribed, analysed and reported back to ETBs to help ensure FET is meeting learner needs. 916 learner surveys were collected and learners who participated received a quarterly ebulletin keeping them informed on the progress of the project. The learning from the project was documented in a peer-reviewed article. The impact of the Forum was also captured in one video produced at the national event. The project was supported by four Advisory Group and four Academic Expert Group meetings. We completed 9 internal regional reports and 1 internal national report.

AONTAS involved adult learners across all our events in a meaningful way at the AGM, STAR Awards, Lobby for Learning Day, Lifelong Learning Summit, Learning at Work Seminar, etc. 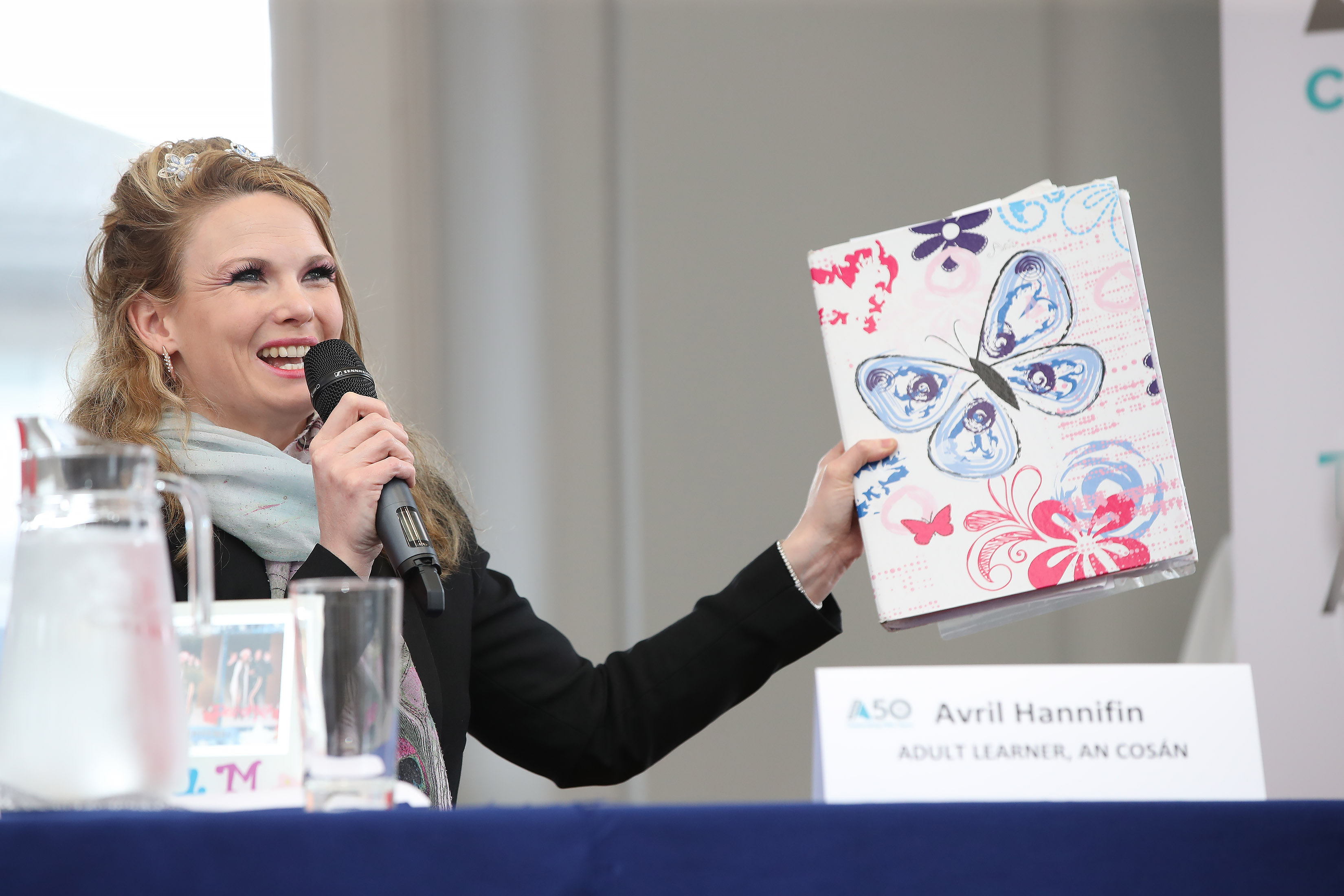 In 2019, AONTAS hosted three national meetings of the AONTAS Community Education Network (CEN) in Dublin and Donegal. The CEN offered continuous professional development for our members including a ‘How to Source EU Funding’ event with Leárgas. AONTAS also offered two additional seminars on Recognition of Prior Learning. A community of practice for organisations reengaging with QQI was set up and practical support was offered through our Toolkit: Re-Engagement with QQI: A Resource for Community Education Providers. CEN members received 8 ebulletin updates promoting these opportunities and others areas of work impacting community education.

AONTAS made two representations to Joint Oireachtas Committees. One to the Joint Committee on Education and Skills, and the other to the Joint Committee on Key Issues Affecting the Traveller Community. In both cases we used to the opportunities to speak with TDs and Senators about the value of adult and community education and the need to break down barriers to participation. AONTAS member, Exchange House Ireland, accompanied AONTAS Chairperson Tara Farrell to the second representation ensuring that an authentic voice of the Traveller community was heard during discussions.

Communicating the value of adult learning

Our social media impact over the course of the AONTAS Lifelong Learning Summit reached over 1.2 million people and it was trending on Twitter in both the first and second position.

AONTAS produced 6 podcasts of adult learners in conversation which authentically captured the impact of adult and community education on their lives.

AONTAS communicated its work and up-to-date news on adult learning through 28 blogs.

AONTAS supported adults to return to education through our revamped OneStepUp website resulting in 285 direct enquires via email and the Freephone support line, over 5,700 users of the website, more than 27,500 webpage views and promoting 444 open day events across Ireland.

We launched the 50-year anniversary of AONTAS edition of the Adult Learner Journal in collaboration with Cork Learning Cities.

Making an impact at European level 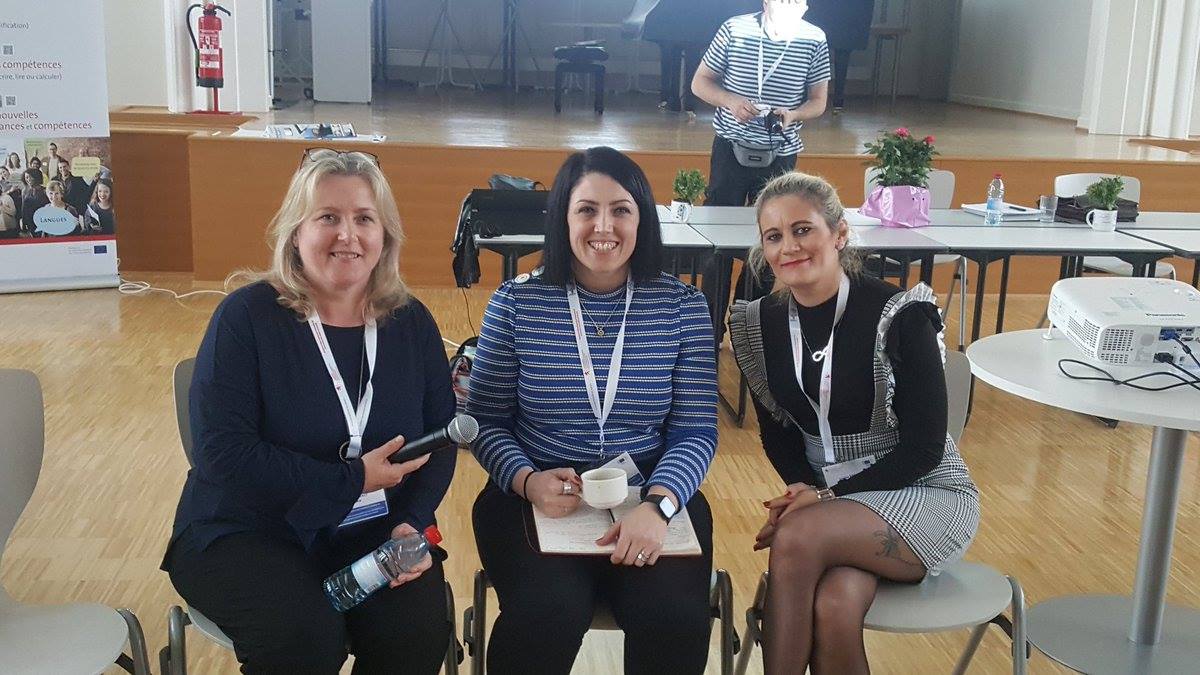 As part of the European Agenda for Adult Learning AONTAS organised three Project Advisory Group meetings, held one Seminar to engage employers, held another seminar in partnership with NALA to explore critical literacy and a Learners as Leaders workshops.

AONTAS staff represented AONTAS members at a number of European events. The CEO was a keynote speaker at the International Andragogical Symposium in Croatia, moderated a session for the European Commission as part of the European Presidency, moderated another session at the European Association for the Education of Adults in Copenhagen, and presented at an International Council of Adult Education Seminar at the University of Wurzburg. The CEN Coordinator presented a paper at a European conference (ESREA). AONTAS EU Project Officer presented at a range of European conferences including Romania, Slovakia and Finland.

AONTAS supported 3 adult learners to speak at European events: two at the National Coordinators meeting for the European Agenda for Adult Learning in Luxembourg, and another, Alan Hand, who presented at an EAEA workshop in Copenhagen.

AONTAS maintained a position on the Board of the EAEA with our Advocacy Lead receiving a convincing mandate in the election process in Copenhagen.