Department of Children, Equality, Disability, Integration and Youth’s Review of the Equality Acts.

AONTAS welcomes this opportunity to contribute to the consultation and review of the Equality Acts, mainly because AONTAS is concerned that current legislation fails to ensure that all adults can equally participate in all forms of education. Ireland has a number of laws that protect and promote everyone’s right to equality. However, we know that discrimination is routine and has a significant impact on adult learners.

Ireland’s equality laws are due an update

In June 2021, the Department of Children, Equality, Disability, Integration and Youth announced a review of Ireland’s Equality Acts (Equal Status Acts 2000-2018 and the Employment Equality Acts 1998-2015).

The Equal Status Acts “prohibit discrimination in the provision of goods and services, accommodation and education. They cover the nine grounds of

The Employment Equality Acts “outlaw discrimination in work-related areas such as pay, vocational training, access to employment, work experience and promotion.” The review will examine the functioning of the Acts and their effectiveness in combatting discrimination and promoting equality.

The following month, in July 2021, a public consultation was launched seeking the views of different organisations, stakeholders and members of the public, which offers a unique chance for the adult and community education sector to add different voices and perspectives to the analysis of the legislation under review. Views of the public are sought on:

Protecting the rights of all adult learners

AONTAS welcomes this opportunity to contribute to the consultation and review of the Equality Acts, mainly because AONTAS is concerned that current legislation fails to ensure that all adults can equally participate in all forms of education. Ireland has a number of laws that protect and promote everyone’s right to equality. However, we know that discrimination is routine and has a significant impact on adult learners. Adult learners are predominantly from the most diverse, disadvantaged and discriminated against groups in the country. As a civil society organisation that has been advocating for social justice and equality for over 50 years, it is very important to AONTAS, its members, and all adult learners that equality legislation is reviewed, improved and kept up to date in order to fully address the challenges facing adult learners today and into the future. AONTAS is currently drafting its submission for this consultation, which will include advocation for the introduction of a new socio-economic ground for discrimination within the Equality Acts.

On Friday, November 5th, AONTAS staff attended the jointly developed ‘Equality ACTion’ event, delivered by Free Legal Advice Centres (FLAC) and the Irish Human Rights Equality Commission (IHREC). Speakers at the event provided information about the review process and the legislation under review, and highlighted key areas of potential reform. AONTAS attended this event to further develop our insight into this legislative area, so as to deliver the most effective and impactful submission possible, that best supports our policy asks rooted in the lived experiences of adult learners and our members. Of course, AONTAS will also be engaging with its members nationwide in the coming weeks for the purpose of better representing their views on the relevant issues and for reforming this legislation to better protect the rights of all adult learners.

Please keep an eye on AONTAS social media for upcoming details on engaging with us and contributing to this consultation to have your say and be heard. 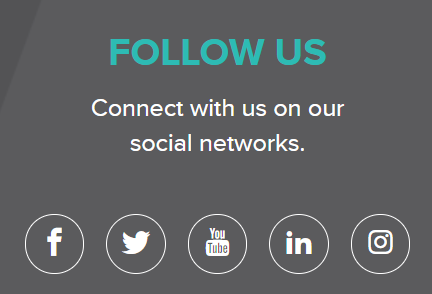 The event heard some of the most active and influential figures in advocating for improving civil and human rights in Ireland speak about the importance of updating the Equality Acts and making sure that a socioeconomic ground is added to the current nine grounds. Speakers also focused on the importance of making intersectionality central to any legislative improvements. Socioeconomic status and belonging to groups covered by the nine grounds has clear relevance to adult learners and protecting their rights against discrimination.

IHREC and Community Law and Mediation have published extremely helpful guides to the provisions of both Acts:

These guides also include practical information in relation to how a claim is pursued under the legislation. As a result, they also act as helpful guides to the relevant provision of the Workplace Relations Act 2015 and the Intoxicating Liquor Act 2003.