Moving Beyond Words: From an anti-racist reflection to anti-racist action; lessons taken from AkiDwA’s Conference on dismantling racism

In this blog, AONTAS Project Officer Kalianne Farren reflects on AkiDwA’s ‘Moving Beyond Reactions: Time to Dismantle Racism’ conference and its links to the adult and community education sector.

In response to the murder of George Floyd and subsequent anti-racism protests across the world, many sectors of Irish society have been holding difficult but necessary conversations about how to approach, confront and disrupt racism. The adult and community education sector has a long history of shared values of tackling inequality and injustices, fostering social cohesion, and empowering diverse communities. This tradition puts the sector in

a strong position to build on these reflections and enact meaningful anti-racism work in classrooms, institutions and the wider community. AONTAS has recently dedicated two of its weekly membership webinars to facilitating discussions on anti-racism (for more details on the previous 12 webinars Click Here).

The first of these was led by Joy-Tendai Kangere who addressed, ‘What role does Adult and Community Education play in the process of anti-racism?’ She explained racism as a problem with its own modern Irish context, and gave members insight into the powerful role that adult education could play in the fight against racism. Building on this conversation, Shane Curry, Director of the Irish Network Against Racism (INAR) then provided a brief history of Irish racism, along with an intersectional view of how racism can present itself among other groups, such as women and migrants. In addition to these AONTAS hosted conversations, we have gained invaluable learning opportunities through the expertise of other NGOs. The following passage reviews some of the highlights of the AkiDwA’s conference entitled ‘Moving Beyond Reactions: Time to Dismantle Racism.’

AkiDwA have been at the forefront of the fight against racism and discrimination in Ireland over the past 20 years. The organisation was established by a group of African women to address isolation, racism, and Gender-Based Violence experienced by migrant women in Ireland. Their vision is of ‘a just society where there is equal opportunity and equal access to rights and entitlements in all aspects of society: social, cultural, economic, civic and political.’  In 2019, AkiDwA developed a policy submission to the United Nations Committee on the Elimination of all forms of Racial Discrimination (CERD).

Salome Mbugua, AkiDwA’s Head of Operations and Strategy, opened the conference with a history of AkiDwA’s work at the forefront of highlighting migrant issues in Ireland for the last two decades. Emily Logan, adjunct professor at the Irish Human Rights centre, chaired the event and first introduced Ashimedua Okonkwo, solicitor and AkiDwA chairperson. Emily Logan’s opening contribution provided an overview of institutional racism in Ireland, and how an understanding of racism in Ireland ‘in a systemic and structural way’ is crucial to anti-racist work. Ashimedua Okonkwo describes institutional racism not as overt individual acts of racism, for example the denial of services to a black Irish person, but a more subtle, often unspoken limitation of access, explaining, ‘you are allowed access to a platform, but you are not given the same opportunities as those on the same platform.’ 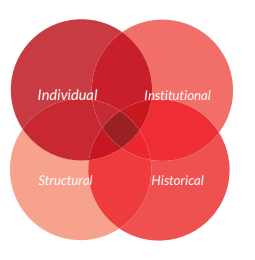 Access to education and specifically the non-recognition of prior learning or qualifications were highlighted as educational barriers linked to racial oppression. Migrants were, she argued, suffering de facto exclusion from many professional sectors, despite the fact that, ‘Ireland would benefit from the quality of the people who are not allowed to access the work market.’ These barriers mirrored some of the points raised by learners through the National FET Learner Forum, as well.

This discrimination, Ashimedua Okonkwo explained, has subsequent consequences of migrants being unrepresented politically at a local, regional and national level, as they are unable to reach the professional sectors that facilitate movement into the political sphere. Lack of political representation means that, ‘decisions are made for migrants and we are not on the table to put our points forward. It is difficult for people who have not been in our shoes to make the decisions that are best for us.’ Ms. Okonkwo’s contribution highlighted how moving from an understanding of racism as not only individual, ignorant acts of prejudice, but up to and including coded systems of discrimination that entrench inequalities, is crucial in understanding Irish racism and dismantling racist systems

Senator Ivana Bacik followed this contribution by presenting 5 points she believes should be prioritised: revisiting Irish citizenship law, revisiting immigration law, abolishing Direct Provision, creating specific hate crime legislation, and creating specific legal protections for Roma and Traveller populations. She ended her presentation with an overview of the place of anti-racism in the recent Programme for Government, concluding that its timing gives the opportunity to better the situation of black Irish people, and that anti-racist laws and policies must be, ‘effective rather than theoretical, and implemented and adopted without further delay.’ 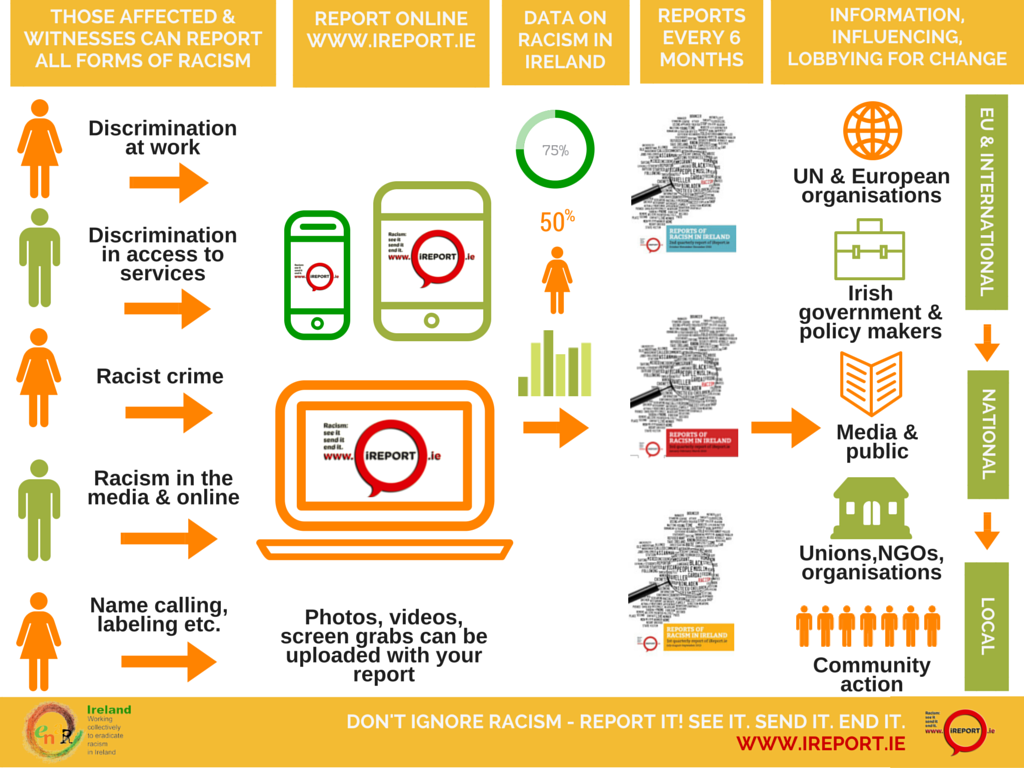 Anti-racism as a cultural shift

The next two contributions came from AkiDwA youth members, Sharon Etokhana and Ope Owaru, who shared their lived experiences of racism in Ireland. Sharon Etokhana centred her contribution of the cultural aspects of racism, considering the intersectional elements of Irish racism. Ope Owaru spoke on the place of second-generation black Irish people and their difficulty identifying with any one idea of ‘Irishness.’ He also spoke about the role that second-generation Irish often play in ‘bridging the cultural gap’ between their experiences and the experiences of their parents. Both speakers identified the need for culture and attitude change before societal equality can be reached, agreeing that policy reform is a prerequisite to social reform.

Anti-racism as the dismantling and redistribution of power

The key address of the conference was given by Niall Crowley, equality and human rights expert, who built upon the previous contributions to give an overview of systemic and structural racism and discrimination, and what needs to be done to address it at all levels of Irish society. Defining anti-racism as the ‘disruption of power’ and ‘positively and actively rectifying disadvantages’, Mr. Crowley put forward that subtle, day-to-day racist incidences or microaggressions in organisations become engrained processes that affirm white privilege, create racism and inequality against minority groups and enable these realities to be ignored and tacitly accepted. He maintains that this ‘culture of compliance’ must be tackled through specific steps and substantive implementation of:

Adult and community education promotes social justice, sustainability and equality. The sector fosters agency and empowerment by enabling adults and communities to tackle personal and social challenges. In AONTAS’ most recent membership webinar, participants strongly affirmed these values, but also expressed concern about the knowledge, training and organisational policy gaps that could hinder the process of moving beyond disavowal to positive action. By revisiting and revitalising anti-racism policies (institutional action), creating an atmosphere that amplifies the voices of minority groups in the classroom and beyond (cultural action), and receiving guidance and training in collaboration with anti-racism organisations (collective action), the sector can honour its values and serve as example of active and effective anti-racist work.

AONTAS is dedicated to working toward positive change. We will continue to work with our members and draw expertise from organisations like AkiDwA to ensure we work together on a path forward. For more information on this piece, contact Kalianne Farren, AONTAS Project Officer via email at kfarren@aontas.com.

AkiDwA are interested in creating strategic partnerships with ally organisations and hosting capacity-building workshops and training. For more information contact info@akidwa.ie or +353 (0)1 8349851

AONTAS is organising a workshop for adult learners called ‘Black Lives Matter and Anti-Racism: What does it mean and what can I do?’ This is part of AONTAS’ European work and the Learners as Leaders EAAL programme in partnership with EPALE. To find out more and to get involved please email dlawless@aontas.com.

In order to effectively and comprehensively feed the issues learners and members are currently facing AONTAS relies on your support and input to continue its work with, for and on behalf of the sector (Registration for the upcoming webinars is available on our Events page.)

If you are an AONTAS member and can contribute to the weekly online gathering with your experience, suggestions and solutions to the common challenges facing the sector then please get in touch via email: bdolan@aontas.com or call 087 114 9278.

Racism in Ireland is something which AONTAS members recognise and know needs to be addressed.